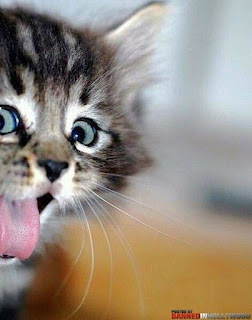 But it is only in the Upanishads that one finds the earliest instances of a sincere and earnest quest after Brahman, the highest and the greatest.2

sacrifices consists in the fact that the former springs entirely from inner, spiritual longings, while the latter is based almost wholly on mundane desires. The science of sacrifice aimed at the acquirement of merit, which could confer all the blessings of life in consequence of due obedience to the Vedic and ritualistic injunctions and prohibitions. The science of Brahman, however, did not seek any ordinary blessings of life. It proceeded from the spiritual needs of our soul which could be satisfied only by attaining the highest aim. All that is mortal, all that is transient and evanescent, all that gives men the ordinary joys of life, such as wealth or fame confer, are but brute pleasures and brute satisfactions, which please only so long as men allow themselves to be swayed by the demands of their senses. In the hurry and bustle of our modern life, of rapid movements over land, sea and air, in this age of prolific scientific inventions and appliances which add to our material comforts and luxury, in this age of national jealousies and hatreds, which in the name of patriotism and freedom often try to enslave others or monopolize the necessities and luxuries of life for the use of the people of a particular country, it is easy to forget that we have any needs other than the purely material ones. With all the boasted culture of our modern age, with all our advancement of science and progress, do we ever stop to think just what we mean by progress? We have no doubt discovered many new facts of nature, and brought many natural forces under our control. But like vultures soaring high in the air, with greedy eyes fixed on the bones

and flesh of the carrion in the field below, are we not, in all our scientific soarings, often turning our greedy eyes to sense gratifications and trying to bind science to the attainment of new comforts and luxuries? The new comforts and luxuries soon become absolute necessities, and we eagerly press forward to the invention of some other new modes of sense gratification and luxury. Science debased to the end of spreading death and of enslaving humanity, or to the end of procuring newer and newer sensations, a life spent in the whirlpool of fleeting pleasures, varied, subtle, and new, and in the worship of the almighty dollar is what most of us tend to call progress. We live more for the body than for the soul. Our body is our soul; our body is our highest Brahman. The story is told in the Chandogya Upanishads that Virochana and Indra went to Prajapati to receive instructions regarding the nature of the self, or of Brahman the highest. Prajapati gave a course of false instructions, apparently to test the powers of discrimination of his two pupils Virochana and Indra. He asked them to get themselves well-dressed and appear at their best, and then to look into a mirror. When they did so and saw the image of their own bodies in the mirror, Prajapati told them that it was their well-dressed bodies reflected in the mirror that was the true self and the highest Brahman; and they went away satisfied with the answer. Indra, indeed, later returned to Prajapati dissatisfied with the answer; but Virochana (probably an old ancestor of ours) was satisfied with the answer that there is nothing

The chief features of this Upanishad mysticism are the earnest and sincere quest for this spiritual illumination, the rapturous delight and force that characterize the utterances of the sages when they speak of the realization of this ineffable experience, the ultimate and the absolute truth and reality, and the immortality of all mortal things. Yet this quest is not the quest of the God of the theists. This highest reality is no individual person separate from us, or one whom we try to please, or whose laws and commands we obey, or to whose will we submit with reverence and devotion. It is, rather, a totality of partless, simple and undifferentiated experience which is the root of all our ordinary knowledge and experience and which is at once the ultimate essence of our self and the highest principle of the universe, the Brahman or the Atman. There is, indeed, another current of thought, evident in several passages of different Upanishads, in which Brahman is conceived and described as the theistic God. This will be dealt with separately later on. The special characteristic of the line of thought that has now been described is a belief in a superior principle which enlivens our life, thoughts, actions, desires and feelings, which is the inmost heart of the self of man, the immortal and undying reality

This truth, person, or absolute--whatever it may be called--was felt as the highest embodiment of moral perfection. It is complete self-illumination, bodiless, faultless, sinless and pure. It is, as it were, covered by a cup of gold in such wise that we, looking at the shiny cup, miss the real treasure that lies concealed beneath. Its illumination reveals itself only when our minds have turned away from all the external lights of the outside world; for where this light is shining, all the other lights of the sun, the moon, and the stars have ceased to give light. The Upanishads tell us again and again that it cannot be perceived by any of our senses and that it cannot be comprehended by reasoning, or by logical and discursive thought, or by discussions, scholarship and much learning, or even by the reading of the scriptures. Only those who have ceased from all sinful actions and have controlled all their sense desires, who are unruffled by passions of all kinds and are at peace

with themselves, can have the realization of this great truth by the higher intuitive knowledge (prajnana, as distinguished from jnana, or cognition). In Mundaka III. 1, it is said that we can attain this self by truth, control, spiritual fervor and absolute extinction of all sex desires. Only the sages who have purged themselves of all moral defects and faults are capable of perceiving this holy spiritual light within themselves. The Upanishads never tire of repeating that the revelation of this truth is possible only through the most perfect moral purity which results in a natural illumination of intuitive perception when one seeks to attain this partless essence through meditation. Not only can this truth not be perceived by the eye or described in speech; but it cannot even be gained as a boon, or gift, by pleasing the gods or by ascetic practices or by sacrificial performances. It can only be attained by an intuition (para) which is superior in kind to the Vedic knowledge of sacrifices, called the lower knowledge (apara). By supreme moral elevation and untiring and patient search one can come in touch with Brahman and can enter into Him, but one must abandon all his mundane desires by which he is bound to earthly things. And when through this high moral elevation, control of desires, meditation and the like, one comes face to face with this highest reality, or Brahman, he is lost in it like rivers in the sea; nothing remains of him which he can feel as a separate individual, but he becomes one with Brahman. This is known by the seer through his heart when his senses have ceased to move and when his thought and

intellect have come to a dead halt. No one can describe what that existence is; one can only say that it is "being," nothing more. Here all the knots of the heart are untied, all doubts are dispelled, and there is one spiritual light of unity that shines forth in its serene oneness.