"The Upanishads never tire of repeating that the revelation of this truth is possible only through the most perfect moral purity which results in a natural illumination of intuitive perception when one seeks to attain this partless essence through meditation. Not only can this truth not be perceived by the eye or described in speech; but it cannot even be gained as a boon, or gift, by pleasing the gods or by ascetic practices or by sacrificial performances. It can only be attained by an intuition (para) which is superior in kind to the Vedic knowledge of sacrifices, called the lower knowledge (apara). By supreme moral elevation and untiring and patient search one can come in touch with Brahman and can enter into Him, but one must abandon all his mundane desires by which he is bound to earthly things. And when through this high moral elevation, control of desires, meditation and the like, one comes face to face with this highest reality, or Brahman, he is lost in it like rivers in the sea; nothing remains of him which he can feel as a separate individual, but he becomes one with Brahman. This is known by the seer through his heart when his senses have ceased to move and when his thought and

intellect have come to a dead halt. No one can describe what that existence is; one can only say that it is "being," nothing more. Here all the knots of the heart are untied, all doubts are dispelled, and there is one spiritual light of unity that shines forth in its serene oneness." 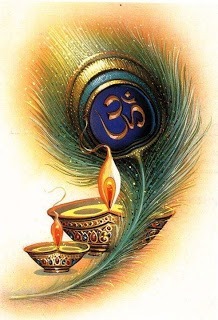