Nature of the Absolute Brahman by Sri Aurobindo

To the rigorous logician bound in his narrow prison of verbal reasoning, the Upanishads seem indeed to base themselves on an initial and fundamental inconsistency. There are a number of passages in these Scriptures which dwell with striking emphasis on the unknowableness of the Absolute Brahman. It is distinctly stated that neither mind nor senses can reach the Brahman and that words return baffied from the attempt to describe It; more -that we do not discern the Absolute and Transcendent in Its reality, nor can we discriminate the right way or perhaps any way of teaching the reality of It to others; and it is even held, that It can only be properly characterised in negative language and that to every challenge for definition the only true answer is neti neti, It is not this, It is not that. Brahman is not definable, not describable, not intellectually knowable. And yet in spite of these passages the Upanishads constantly declare that Brahman is the one true object of knowledge and the whole Scripture is in fact an attempt not perhaps to define, but at least in some sort to characterise and present an idea, and even a detailed idea, of the Brahman 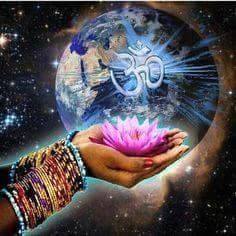