Turiyatita in Contemporary Vedanta by Sivananda

As India segued into modern times Tantra and Vedanta began to cross-fertilize in a much more definite way. And the culmination of that process was Ramakrishna, the nineteenth century Bengali sage who was trained by both a Tantric adept and a mainstream, orthodox Vedantin swami of the Shankara Puri order, resulting in a rather yin-yang, i.e. highly flexible integration of both. He stated: The Reality from which we derive the notion of Brahman is the very Reality that evolves the idea of living beings and the universe. Kali (the Tantric reality which energizes the universe) is none other than Brahman. That which is called Brahman is really Kali. She is the primal Energy. When that Energy remains inactive, I call it Brahman; when it creates, preserves, or destroys, I call it Shakti or Kali. What you call Brahman I call Kali.

Here we are seeing an integration of two conflicting concepts – the static, Vedantic Brahman and the dynamic, Tantric Kali – in a reality that transcends both, and permits them to interact in a yin-yang type of relationship. From our standpoint here this means that along with Kali and other Tantric concepts, Ramakrishna was introducing into Vedanta such entities as the turiyatita state, which he and Vivekananda after him called vijnana or: Not the knowledge that we know, not intelligence, not reason, not instinct but that which when it becomes manifested we call by these names. When that Knowledge Absolute becomes limited we call it intuition, and when it becomes still more limited we call it reason, instinct, etc. That Knowledge Absolute is vijnana. The nearest translation for it is all-knowingness 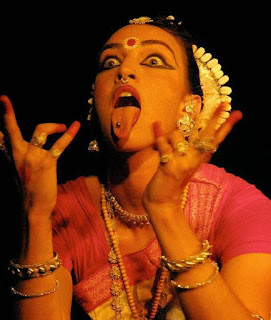