The Sama Veda contains the world's earliest writings on musical science. In India , music, painting, and the drama are considered divine arts. Brahma, Vishnu, and Shiva, the eternal Trinity, were the first musicians. Shiva in His aspect of Nataraja, the Cosmic Dancer, is scripturally represented as having worked out the infinite modes of rhythm in the process of universal creation, preservation, and destruction, while Brahma and Vishnu accentuated the time beat. Brahma clanging the cymbals and Vishnu sounding the mridanga or holy drum. 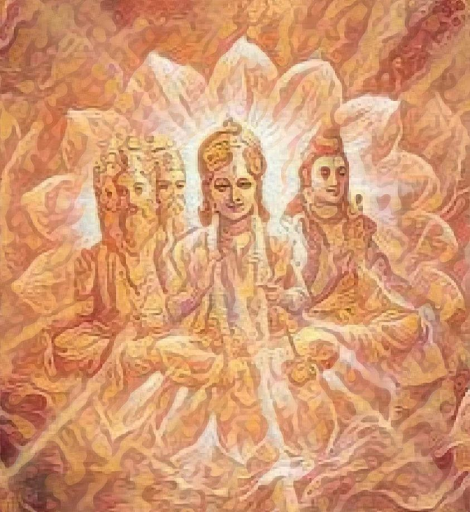