The aura has exactly the same functions as the skin. You could say that it is the skin of the soul which it surrounds and protects; it is also its sense organ and, finally, it is the means of communication which enables the soul to receive the cosmic currents flowing through space and to communicate and exchange with others: with other human souls, other creatures of the universe, even with the stars in the heavens and with the supreme universal soul.

On the other hand, the aura can be compared to the earth’s atmosphere. Yes, the comparison is extraordinarily revealing. The earth is surrounded by a protective screen: its skin. The earth’s skin, or atmosphere, is a great deal thicker than ours, that’s true, but it serves exactly the same purpose. Who could ever say how many times the earth has escaped destruction during the course of its journey through space, thanks to its atmosphere?
Thanks to our aura, therefore, we benefit from a continuing relationship of reciprocal exchange with the forces of nature. The cosmic, planetary and zodiacal influences ceaselessly flowing through space reach out to touch us, and depending on the purity and sensitivity of our aura and the colours it contains, we may capture or fail to capture certain specific forces. Our aura, therefore, is like an antenna, it is an instrument which detects and receives messages, waves and forces coming to us from the length and breadth of the universe. 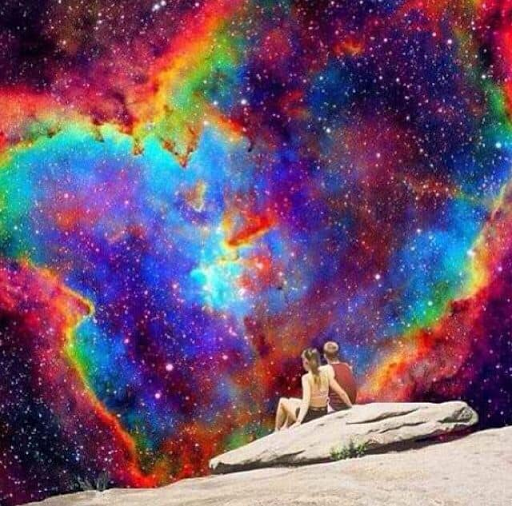