The Incarnations of God belong to the class of the Isvarakotis. They roam about in the open spaces. They are never imprisoned in the world, never entangled by it. Their ego is not the 'thick ego' of worldly people. The ego, the 'I-consciousness', of worldly people is like four walls and a roof: the man inside them cannot see anything outside. The ego of the Incarnations and other Isvarakotis is a 'thin ego': through it they have an uninterrupted vision of God. Take the case of a man who stands by a wall on both sides of which there are meadows stretching to infinity. If there is a hole in the wall, through it he can see everything on the other side. If the hole is a big one, he can even pass through it. The ego of the Incarnations and other Isvarakotis is like the wall with a hole. Though they remain on this side of the wall, still they can see the endless meadow on the other side. That is to say, though they have a human body, they are always united with God. Again, if they will, they can pass through the big hole to the other side and remain in samadhi. And if the hole is big enough, they can go through it and come back again. That is to say, though established in samadhi, they can again descend to the worldly plane. 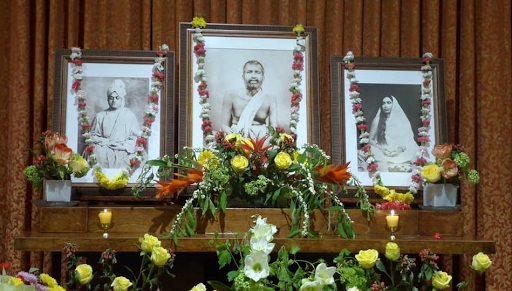