One thing that might be rather surprising to most people that can be learned by doing a study of the gospels, acts and other literature of the Hebrew Christians -- the Ebionites -- the Christianity that Existed Before Paul -- is that, rather than some imagined Sunday school notion of a fish market in the village of Galilee being operated by the disciples of Jesus, there is significant evidence that the Original Jesus Movement and well-known apostles became vegetarians. And furthermore, this vegetarianism of the disciples and Jesus Movement is fairly widely known and mentioned by the early church fathers. It's not that this information is coming from recently discovered writings dug up in the Middle East. Rather, these are old texts that have been with us since the early days of Christianity but didn't seem all that meaningful and significant to a pro-meat carnistic population. Vegetarians however would indeed be most interested finding this out!
EBook: Evidence That Jesus and The Original Aramaic Christians Were Vegetarians: "James was a vegetarian…." (Professor Robert Eisenman, James the Brother of Jesus) "James, the brother of the Lord, lived on seeds and plants and touched neither meat nor wine." (Epistulae ad Faustum XXII, 3) "John never ate meat." (Church historian Hegesippus according to Eusebius, History of the Church II 2:3) "The Apostle Matthew partook of seeds, and nuts, hard-shelled fruits, and vegetables, without flesh." (Clement of Alexandria, The Instructor, Book 2, Chapter 1) Peter said, "I live on olives and bread, to which I rarely only add vegetables." (Clementine Homilies 12,6; also see, Recognitions 7,6):
@ Medium: https://medium.com/sant-mat-meditation-and-spirituality/b8784ac42506
@ The Internet Archive: https://archive.org/details/JesusAndTheOriginalAramaicChristiansWereVegetarians/mode/2up
Sayings of Jesus (Yeshua), Ebionite (Nasoraean, Jewish or Hebrew Christian) Scriptures and Vegetarian Gospels -- Sant Mat Radhasoami Books, The E Library: Ebionite/Hebrew Christianity Section: https://SantMatRadhasoami.Blogspot.com/2019/01/ebionite-nasoraean-jewish-or-hebrew.html
"Jacobus [James], the brother of Jesus, lived of seeds and vegetables and did not accept meat or wine." (Saint Augustine)
"The consumption of animal flesh was unknown up until the great flood. But since the great flood, we have had animal flesh stuffed into our mouths. Jesus, the Christ, who appeared when the time was fulfilled, again joined the end to the beginning, so that we are now no longer allowed to eat animal flesh." (pro-vegetarian early church father Hieronymus [St. Jerome] who apparently read the Gospel of the Hebrews and was influenced by Ebionite views)
"Sacrifices were invented by men to be a pretext for eating flesh." (Clement of Alexandria)
"The steam of meat meals darkens the spirit. One can hardly have virtue if one enjoys meat meals and feasts. In the earthly paradise [Eden], no one sacrificed animals, and no one ate meat." (Saint Basil the Great) 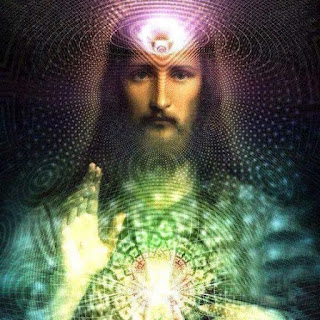