Power of Mantras, Frequencies that Heal and Transcend
Sanskrit is an ancient Indian language that is based on sounds and vibrations. Each alphabet with its pronunciation has a specific meaning; like ku denotes earth, khE is sky etc.
OM is the first and foremost of all mantras. It is the sound of cosmic energy housing all the sounds. The spiritual efficacy of OM is heard, not by the ears but by the heart. It surcharges the innermost being of man with vibrations of the highest reality.
All galaxies (including ours) are believed to rotate around the sound frequency resonating with OM.
Frequency of OM is 7.83 Hz, which is inaudible to the human ear with its double strand DNA that cannot discern sounds of frequency less than 20 hertz. Birds, dogs and a few other animals can hear it however.
OM has been adapted into other religions as AMEN, the numerical- 786 (OM symbol shown in mirror), SHALOM, OMKAR/ONKAR etc, but they do NOT work like the original OM. While OM releases Nitric Oxide, Amen and Shalom only emit a sound.
Frequencies of various Beej Mantras are-
OM – 7.83 Hz
Gam – 14 Hz
Hleem – 20 Hz
Hreem – 26 Hz
Kleem – 33 Hz
Krowm – 39 Hz
Sreem – 45 Hz
These cosmic sounds were heard by 12 strand DNA maharishis in their spiritual trances which broadened their sense spectrums. However, our brain can register only the vibrations.
By K.Nagor 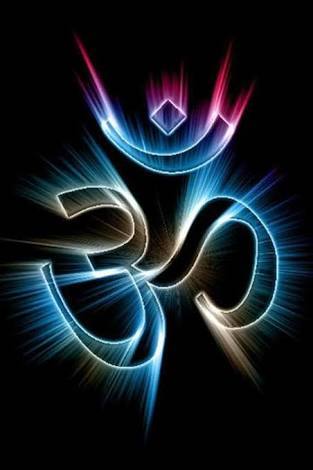