Liberated masters who discard all three bodily encasements of the soul and merge in God's infinitude of Cosmic Consciousness still retain their individuality so that by mere willing they can come out of the Cosmic Essence in materialized forms in any way they choose—as informed visions of light or in bodies true to the perception of the five senses. Thus It was that Elijah and Moses, being liberated souls, formless in Spirit materialized the visage of their earthly forms and appeared on the mountaintop in conversation with Jesus according to divine ordinance —In support of the specal dispensation given to Jesus by God and witnessed by the disciples who would give testimony to the world. 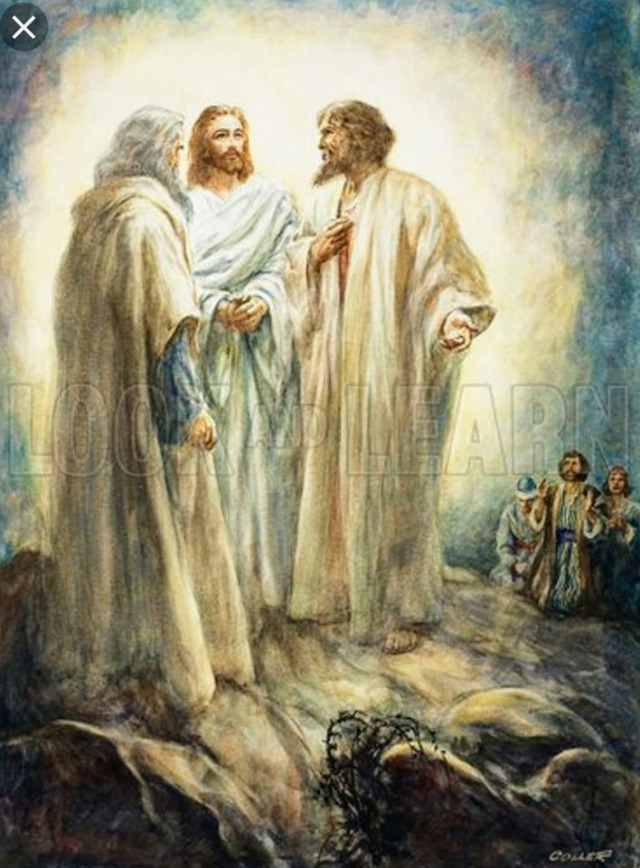