Kabir, the most celebrated of Bhakta saints, was born in Benares of Muslim parents. He was a weaver by profession but became a disciple of Ramananda and acquired great eminence as a poet. There are 541 hymns of Kabir in the Adi Granth.

Those stars in the skyWho has designed them and put them there?O learned Pandit, know you what holds the heavens? Only the fortunate ones know the secret. He has given light to the Sun and Moon In everything shines the spirit of the creator. Says Kabir, only he will know Who has God in his heart and His name on His lips. (Gauri) 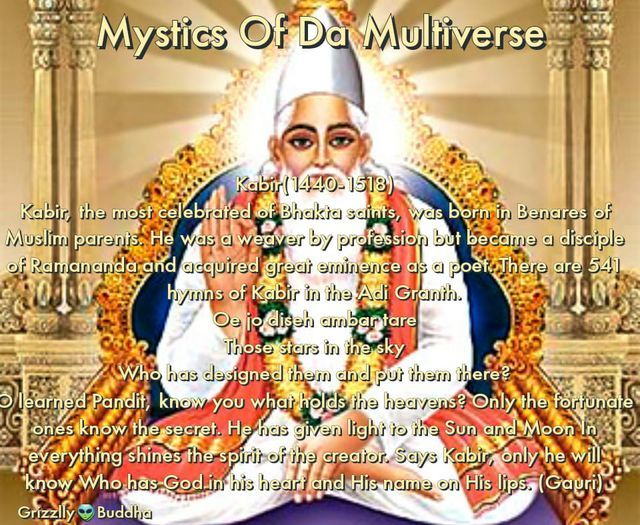