So whats the connection between this and the evolution of theory? It's quite interesting to note that the sequence of appearance of Vishnu on earth is in completely in tune with the theory of evolution. There ten incarnations of Lord Vishnu taking the form of an avatar on Earth and all of these events have been recorded by Sages thousands of years before Christ.Matsya : The first incarnation or avatar was in the form of a fish. If we compare this with biological evolution of species, it's confirmed that the first life originated in water and happened during the Cambrian Period. 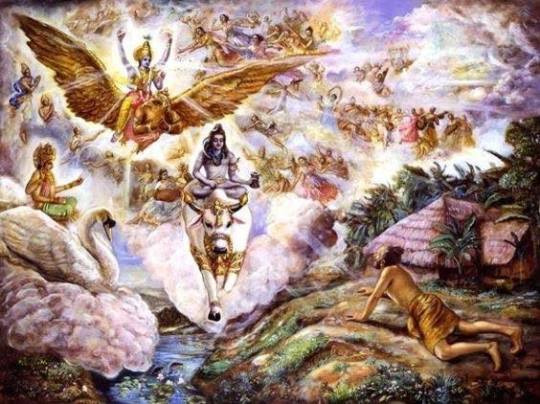