GOD AND THE SOUL By Unknown

Hinduism has a complicated system of belief in the individual soul, as well as in a universal soul, which can be thought of as a single deity--God. Hindus believe that all creatures have a soul, a true self known as ātman. There is also a supreme, universal soul, known as Brahman, which is considered distinct and different than the individual soul. Diffferent schools of Hinduism may worship the supreme being as Vishnu, Brahma, Shiva, or Shakti, depending upon the sect. The goal of life is to recognize that one's soul is identical to supreme soul, and that the supreme soul is present everywhere and that all life in connected in oneness. In Hindu practice, there is a multitude of gods and goddesses that symbolize the one abstract Supreme Being, or Brahman. The most fundamental of Hindu deities are the Trinity of Brahma, Vishnu, and Shiva. But many other gods such as Ganesha, Krishna, Rama, Hanuman, and goddesses like Lakshmi, Durga, Kali and Saraswati top the popularity chart with Hindus across the world. 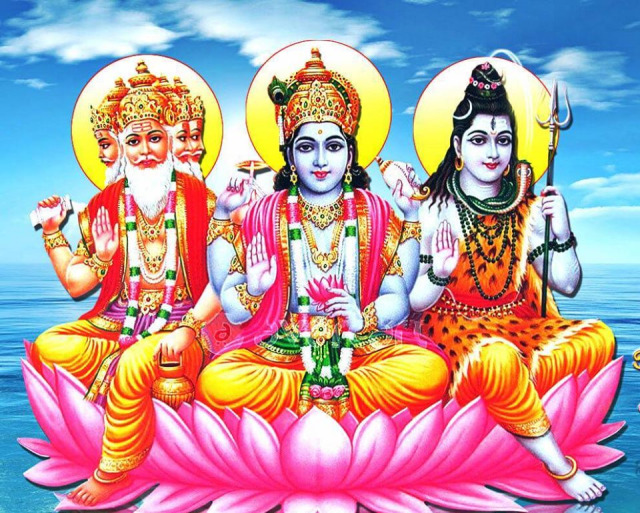