“As the truest society approaches always nearer to solitude, so the most excellent speech finally falls into Silence. Silence is audible to all men, at all times, and in all places. She is when we hear inwardly, sound when we hear outwardly. Creation has not displaced her, but is her visible frame-work and foil. All sounds are her servants and purveyors, proclaiming not only that their mistress is, but is a rare mistress, and earnestly to be sought after. They are so far akin to Silence, that they are but bubbles on her surface, which straightway burst, an evidence of the strength and prolificness of the under-current; a faint utterance of silence, and then only agreeable to our auditory nerves when they contrast themselves with and relieve the former. In proportion as they do this, and are heighteners and intensifiers of the Silence, they are harmony and purest melody.” 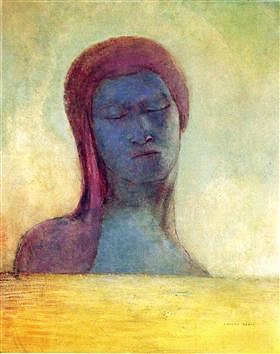