Victory to The Divine Mother, Who Is One without a second, Whose compassion is always ascendant and Whose both hands surpass the beauty of the blooming lotus in the early morning. (19) Victory to The Divine Mother, before Whom bows Indra, Who is effulgent consciousness, Whose ear-globes shine and Whose nails give the impression of the orb of the rising moon, the diamond-studded rings on Her fingers giving out bright red rays creating the impression of evening twilight period (sayam sandhya). (20) Victory to The Divine Mother, Who showers wealth on those serving Her, Whose bosom is adorned by several gold chains studded with diamonds resembling a cluster of stars and Who is slightly bent (because of the weight of the breasts) and Who has wave-like folds in the middle which further enhance the beauty of what is already an diamond mine (or ocean) of beauty. (21) ~ 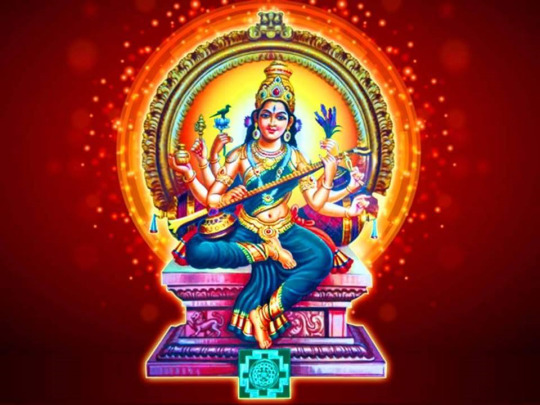