Goddess Durga is seen as the supreme mother goddess by Hindus In Hinduism, Durga represents the empowering and protective nature of motherhood. From her forehead sprang Kali, who defeated Durga's enemy, Mahishasura. Kali (the feminine form of Kaala" i.e. "time") is the primordial energy as power of Time, literally, the "creator or doer of time"—her first manifestation. After time, she manifests as "space", as Tara, from which point further creation of the material universe progresses. 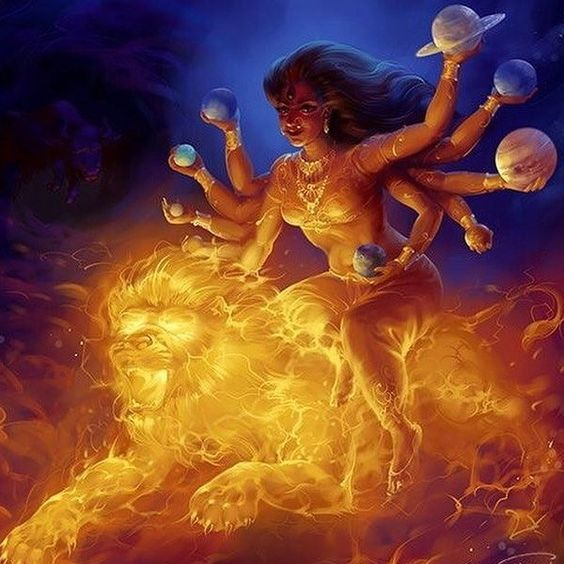