The metaphysical concept of the Absolute Truth has extensively been discussed in various ancient scriptures of Hindus.

Brahman (not to be confused with Brahma - one of the three faces of the Hindu Trinity) is said to be the Ultimate Reality - the unchanging truth behind ever changing phenomenal world. He is the blissful divine energy behind all creation. He is the creator of the universe who includes the universe within His own being. He is said to be that in which all beings are born, by which they live ; and into which, while departing, they enter. He is the essence of all that exists. He is the One, without a second. He is the indivisible pure consciousness, which is all-pervading. He is Pramatman - the Supreme Self.

He is the single binding unity behind all the diversity. Being self-existent, He does not need any support for existence. He is the eternal light in all beings.

Vedanta studies Reality simultaneously in two spheres namely the external world and the internal nature. As per the Advaita (non-dualistic) school of Vedanta philosophy, which is the most widely accepted worldview in Hinduism, Brahman is identical to the Atman. He is all-pervading. Nothing can be without Him and nothing can be beyond Him.

Though described in the Upanishads in negative terms (na iti, na iti), not this, not this ; Brahman is not a negative concept. He is not emptiness. On the other hand, He is the truth behind all creation ; hence, behind all phenomena. He represents wholeness, fullness and completeness because after realising Him, nothing more is left to be realised.

In sacred scriptures, Brahman has been described as sat-chit-anand (eternal truth, eternal consciousness ; and the eternal joy). These states of being are not mere attributes but the essential nature of the Ultimate Reality.

Essential nature of Brahman has been described in chapter thirteen of the Bhagavad Gita. It has been stated that by knowing the Supreme Brahman, which is beginningless and which is said to be neither existent (sat) nor non-existent (asat), one gains the eternal bliss. 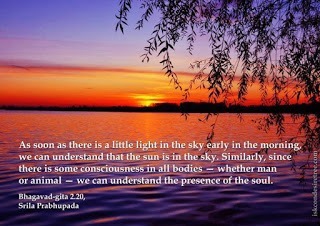