He writes in his book Valley of Flowers:

“For the first time in my life I was able to think. I do not mean to think objectively or analytically, but rather to surrender thought to my surroundings. This is a power of which we know little in the West but which is a basic of abstract thought in the East. It is allowing the mind to receive rather than to seek impressions, and it is gained by expurgating extraneous thought. It is then that the Eternal speaks; that the mutations of the universe are apparent; the very atmosphere is filled with life and song; the hills are resolved from mere masses of snow, ice and rock into something living. When this happens the human mind escapes from the bondage of its own feeble imaginings and becomes as one with its Creator.” 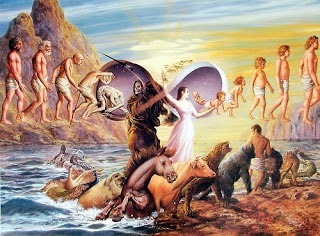