"The Vedas were the brilliant product of intuitive insight, not of the logical intellect. The essence of the Upanisadic teaching, to the extent that it can be coherently summarized, lies in the thesis that the Absolute is not separate from man and nature but immanent in both. The transcendent outlook of the Vedas (an outward projection of Vedic man’s unconscious) becomes an insight into the immanent nature of the Absolute: “The infinite is not beyond the finite but in the finite. Man’s goal is not so much union with the Divine (as in Atman) and the Absolute or Divine (Brahman), which is the basic principle of monism. Already, we can detect in Indian Culture an emphasis on the recovery of a latent Being, rather than the striving to Become – Becoming being unreal since the process of time has no reality whatsoever. 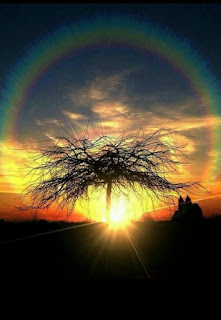