The Supreme Brahman by Michel James

The Upanishad teaching is different. In this teaching, the unity of all things is intended, and, when it is said that by a knowledge of ‘one thing’, ‘everything’ else is known, what is intended to be conveyed is not that there is any real diversity, such as “all” things, but that there is only one thing which appears as the many things, and when this one thing is known, the many-ness of the many things will vanish. By the knowledge of the One Brahman, the whole Universe is known, not as a multifarious conglomeration of objects, but as an eternal being, one and secondless of the nature of Sat-Chit-Ananda (Existence-Knowledge-Bliss), as different from name and form, which is the nature of the world. 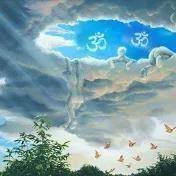