Alice Cooper meets Colonel Harland Sanders of Kentucky Fried Chicken in Amsterdam while they were both at the same hotel in 1974.

“Here comes this nice old man in a white suit. Suddenly I realize that this is the Hannibal Lecter of chickens. I have the death of exactly one chicken on my hands, and this guy has a score of 10 billion. Yet everyone loves this guy, and hates me for being a chicken killer! The irony of the two of us being in the same room at the same time was not lost on either me or the Colonel.” 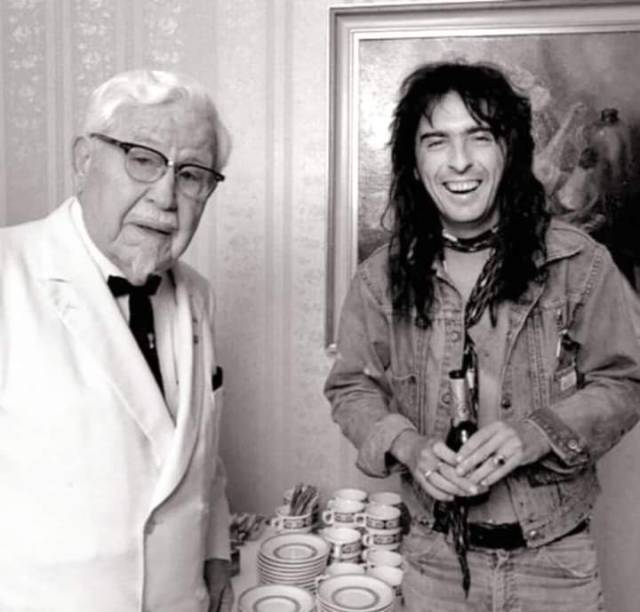