“THE SUPREME CONSCIOUSNESS & IT’S POWER ARE ONE !”

There have been numerous queries on our forum about how there is only ‘one female goddess in hinduism’ ,but ‘so many male gods’ .About how can GOD be associated as only Father/HE & not as Mother/SHE.That why is “GOD” only seen as a paternal figure rather than a maternal manifestation.

It is just a sense of perspective that leads us to such false conclusions.

PATRIARCHY ends in the human world of innumerable woes.

The esoteric Knowledge of the Purana’s should not be used to justify mortal affairs .

God is of neither gender – and is both. Let’s consider this .

Before we can understand whether God is male or female, we need to clearly understand that we ourselves are neither male nor female. We are at core spiritual beings, souls, whereas our gender refers only to our shell, our physical bodies. Our spiritual identity is eternal, our gender is transient. Hence both male chauvinism and feminism are two sides of the counterfeit coin of physical misidentification. Only when we distance ourselves from our temporary physical gender will be freed from the ideological preconceptions that are inevitably dragged into discussion on the gender of God. So in the conventional sense of the words ‘male’ and 'female’ where these refer to bodily gender, God is neither. 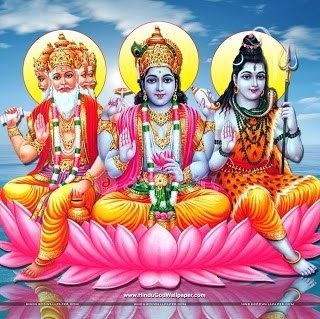