The self is called atman or soul. It is the microcosmic aspect of Brahman, smaller than an atom and vaster than the earth, the ether, the heavens and all the worlds, without qualities and having the same consciousness as that of Brahman. The self is subject to illusion, bondage and the laws of karma. When it achieves liberation it regains its true nature and either rejoins Brahman or exists eternally in its purest state. Different schools of Hinduism interpret the nature of relationship between atman and Brahman differently. 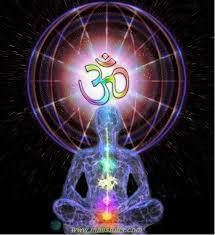