The Energy infinite through eternity or Adi Parashakti in Shakteya Tantra transforms itself into the first matter or Sadashiva at the explosion of Big Bang!

Further, in its recombination of matter in three states like air, water and solid begins to form the nature around a planet like Earth!

The Energy within the matter becomes aware of itself in the form of life and creates more kinetic forms, evolve and anhilate them as they wither in the course of time!

Adi Shankara speaks of the three tasks of Energy the creation or Bramha, Evolution and Organization as Vishnu, annihilation or Rudra I’m personified forms! 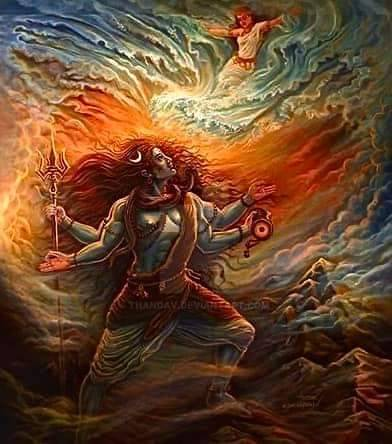