"He looked around, as if he was seeing the world for the first time. Beautiful was the world, colourful was the world, strange and mysterious was the world! Here was blue, here was yellow, here was green, the sky and the river flowed, the forest and the mountains were rigid, all of it was beautiful, all of it was mysterious and magical, and in its midst was he, Siddhartha, the awakening one, on the path to himself. All of this, all this yellow and blue, river and forest, entered Siddhartha for the first time through the eyes, was no longer a spell of Mara, was no longer the veil of Maya, was no longer a pointless and coincidental diversity of mere appearances, despicable to the deeply thinking Brahman, who scorns diversity, who seeks unity. Blue was blue, river was river, and if also in the blue and the river, in Siddhartha, the singular and divine lived hidden, so it was still that very divinity's way and purpose, to be here yellow, here blue, there sky, there forest, and here Siddhartha. The purpose and the essential properties were not somewhere behind the things, they were in them, in everything." 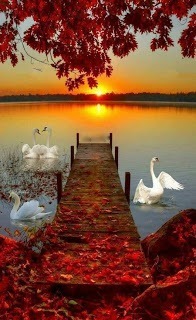