"Now, he had to experience his self. It is true that he had already known for a long time that his self was Atman, in its essence bearing the same eternal characteristics as Brahman. But never, he had really found this self, because he had wanted to capture it in the net of thought. With the body definitely not being the self, and not the spectacle of the senses, so it also was not the thought, not the rational mind, not the learned wisdom, not the learned ability to draw conclusions and to develop previous thoughts in to new ones. No, this world of thought was also still on this side, and nothing could be achieved by killing the random self of the senses" 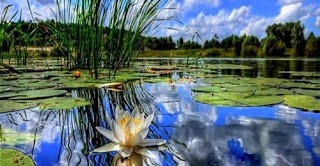