Sanatana Dharma consider the Vedas to be apauruṣeya

Sanatana Dharma consider the Vedas to be apauruṣeya, which means “not of a man, superhuman” and “impersonal, authorless”

When their “I” disappeared into the cosmic vibration, whatever truths they received, whatever truths oozed out and expressed through them, they got recorded as Vedas and Upanishads. Those rishis understood clearly  that the revelations came from a space where no “I” existed.  That is why they very clearly decided not to own those truths even by claiming authorship.

This core characteristic makes Upanishads as a very authentic scripture. When the Rishis expressed it, the only context to express was articulate the truths (satya) for humanity and there was absolutely no trace of vested interest or greed mixed in that. There is no discussion of “For Profit” or “Non-Profit” ideas- Just they did not record their names!! 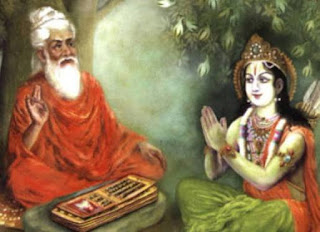