The wise man recognizes the idea of the good within him. This he develops by withdrawal into the holy place of his own soul. He who does not understand how the soul contains the beautiful within itself, seeks to realize beauty without by laborious production. His aim should rather be to concentrate and simplify, and so to expand his being; instead of going out into the manifold, to forsake it for the One, and so to float upwards towards the divine fount of being whose stream flows within him.

You ask, how can we know the Infinite? I answer, not by reason. It is the office of reason to distinguish and define. The Infinite, therefore, cannot be ranked among its objects. You can only apprehend the Infinite by a faculty superior to reason, by entering into a state in which you are your finite self no longer--in which the divine essence is communicated to you. This is ecstasy [Cosmic Consciousness]. It is the liberation of your mind from its finite consciousness. Like only can apprehend like; when you thus cease to be finite, you become one with the Infinite. In the reduction of your soul to its simplest self, its divine essence, you realize this union--this identity. 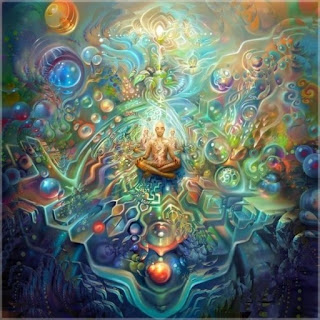