“ The most obvious misconception about Hinduism is that we tend to see it as just another religion…” -AnonymousSanatan Dharma or Hinduism (as we know it today) is a way of life or Dharma. You do not convert, you just accept the Hindu way of life. Considering Hinduism as a religion is one of the most common misconception people have in today’s world. You will be surprised to know that the word “Hindu” or “Hinduism” has no existence in ancient scriptures or texts. In fact, it was a term coined by foreign invaders.
To be more specific, it was used by the early inhabitants of Persia. They pronounced the name “Hindu” as it was the civilization that lived beyond the river Sindhu. The word Hindu and Hinduism thus have no origin from the land they truly belong to. Try asking around ten Hindus about the god they worship. You might get ten different answers to the same question and all of them will be surprisingly correct.
It is said that Hinduism has more number of Gods than any other religion in the world and that number is surprisingly more than the total number of Hindus. Another fascinating truth is that prior to arrival of Muslims and later on Christians, Hindus had no particular name by which they were called. Common people often called it just Dharma.
Sanatana Dharma or merely Dharma was the term that was used in ancient scriptures. If we look into the entomology of the Sanatana Dharma, “Sanatana” means eternal and “Dharma” means Religion. If we look into other religions of the world, we can definitely track its origin or founder. But, this is not true in the case of Sanatana Dharma. Sanatana Dharma is eternal and universal in nature.
It is often referred to as the most ancient way of life or religion that is guiding millions of human beings till date. In Bhagavad-gita, As It Is, Srila Bhaktivedanta Swami Prabhupada has beautifully simplified the meaning of Sanatana Dharma 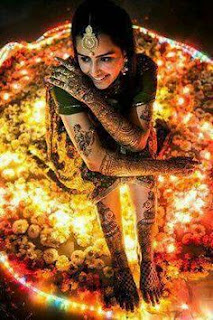