Ishvara is One. The worshipper is worshipping ishvara, and is thinking of tshvara, under the Form which he loves best (Shiva, Vishnu etc). He is not worshipping the Form, but the Lord in the Form as a wife loves her husband, not the clothes he wears, though even those may be dear for the sake of the wearer. The worshipper worships the Love the Beauty, the Power of Ishvara, as revealed in some one of His Divine Forms. We can only grasp a little, being small, but we grasp in our worship parts of the one Lord. This is why the quarrels of different religions, and of different sects in the same religion, are so foolish and so ignorant. All are worshipping the same tshvara, and the differences are only differences of names, due to differences in the worshippers, not in the Object of worship. 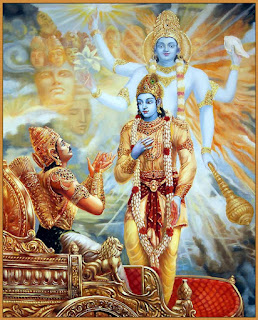