Question: You say that everything is the Self, even maya. If so, why can't I see the Self clearly? Why is it hidden from me?

Annamalai Swami: Because you are looking in the wrong direction. You think that one can see the Self or that one can experience it. This is not the case. The Self is the presence, the consciousness, where seeing and experiencing occur.

Even if you don't see the Self, It is indeed there. Not without humor, Bhagavan noticed that people just open the newspaper and take a look at it. Then they say, "I read [literally 'I saw'] the newspaper." But in fact they didn't see the newspaper, they only saw the letters and pictures on the surface. There can be no words or pictures without the paper, but people always forget about the paper while they read the words.

Then Bhagavan used this analogy to show that while people see the names and shapes that appear on the screen of consciousness, they ignore the screen itself. This kind of partial seeing leads to the conclusion that all shapes are unrelated to each other and separate from the person seeing them. If people were aware of consciousness rather than the forms that appear in it, they would realize the appearance of all the forms that manifest within the one and indivisible consciousness.

This consciousness is the Self you are looking for. You can be that consciousness but you can never see it because it is not separate from you. 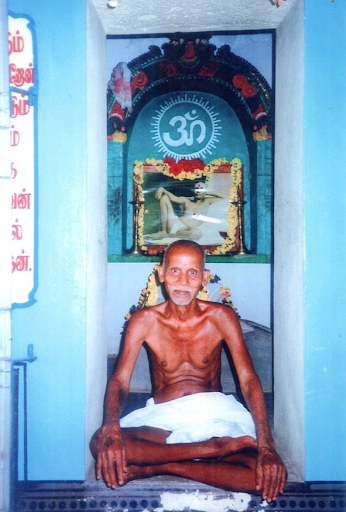