The 7 upper worlds of Hinduism

The seven upper worlds, or vyahrtis, represent a high-state of conscious awareness. They range from being awake and pass through the various stages of enlightenment until the rishi reaches Samadhi – absolute or full enlightenment – the realm of Lord Vishnu and Shiva which is comes from the mind of Lord Brahma.

1. Satya-loka – Abode of Truth or Samadhi. The highest state of conscious awareness and the realm in which atman and Brahman are reunited eternally.

2. Tapa-loka – A pure state of consciousness. From this state it is easy to access Satya-Loka if you are already fully enlightened, but need a conscious awareness in everyday life on Earth.

3. Jana-loka – This is a level of illumination known as “God-consciousness”. People who reach this level today are typically known as ‘mystics’ but are usually great healers or spiritual teachers.

4. Mahar-loka – This is the realm of consciousness that can be accessed by the great mythological Rishis such as Bhrigu Muni and Markendeya. They have an incredible depth of understanding and can be considered devas or demigods.

5. Svar-loka – In Hindu myth, this realm is inhabited by the 33 Vedic gods who represent individuals that have mastered their emotions and have no attachments in the physical realm. In western traditions, this is the realm known as Heaven, and in Islam it is called, Jannat. Here you find inner peace.

6. Bhuvar-loka – The Bhuvar-loka are described as being born in the earthly realm, but symbolically represent people that have found contentment and fulfilment in their life, but also vibrate at a higher frequency and have a higher-state of conscious awareness.

7. Bhur-loka – The Bhur-loka is the earthly realm and is the state of consciousness for many people, awakened or otherwise. Attachments to material possessions or physical needs are still present, but the initiate is aware of themselves and others. 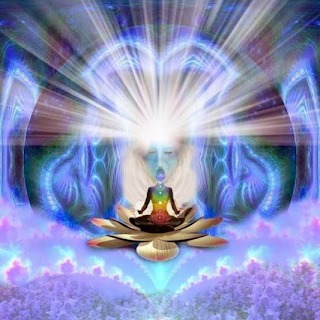