“What the Upanishads describe as the impersonal Brahman is but the effulgence of His body, and the Lord known as the Supersoul is but His localized plenary portion. He is the Supreme Personality of Godhead, Krishna Himself, full with six opulences. He is the Absolute Truth, and no other truth is greater than or equal to Him.”

“The loving affairs of Sri Radha and Krishna are transcendental manifestations of the Lord’s internal pleasure-giving potency. Although Radha and Krishna are one in Their identity, They have separated Themselves eternally. Now these two transcendental identities have again united in the form of Sri Krishna Caitanya. I bow down to Him, who has manifested Himself with the sentiment and complexion of Shrimati Radharani although He is Krishna Himself.” (Cc.Adi,1.5) 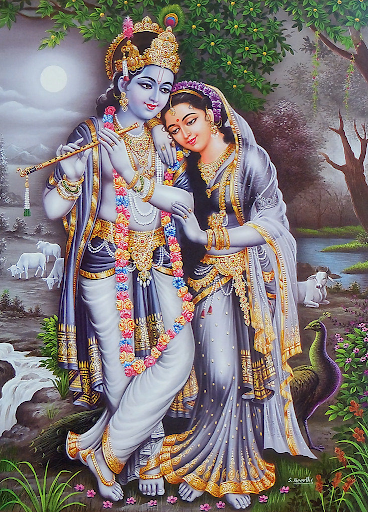