THE BIRTH OF HEAVEN ON EARTH by SWAMI KRISHNANANDA

. All great men think alike, and all great masters taught the same religion and the same gospel. Whether it is Christ or Krishna or Buddha, it makes no difference because they are only tongues of the same fire of THE birth of Heaven on Earth 11 religion, rays of the same sun of the Eternal. When this concept of religion rises in our hearts, we can be said to be celebrating the true Christmas because if at all there was anything worthwhile in the life of Christ, it was spirituality; it was God-awareness. His life was saturated with God-being; and our adoration of the Christ, or the incarnation of God, is nothing but an attempt of our own soul to participate in that process of the divine incarnation. It is the soul’s interpretation of the birth of the Divine Eternal through the religious consciousness which is true Christianity, different from the religion of the church, but the religion of the Christ; different from the religion of the temple, but the religion of God and Krishna. 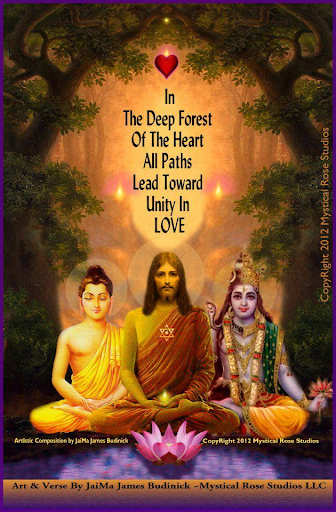