1.4.1 The term Avyakta in scriptures does not mean prakriti. It just means ‘unmanifest’ or indescribable Supreme Being, Brahman.

1.4.3 The Vedas consider prakriti as a part of the maya-power of Brahman, and not an independent cause of the creation. Prakriti is dependent on Brahman.

1.4.4 Sāmkhya doctrine considers Pradhāna the object of knowledge. Thus, Pradhāna does not seem to be different from Brahman.

1.4.5 The Vedas do not consider prakriti as the object of knowledge. Thus, Pradhāna and Brahman both seem to refer to the Source, the creator of all.

1.4.6 There is no mention of Pradhāna in the Upanishads. Nachiketā wanted to know only three things: fire sacrifice, individual soul and the Supreme soul from Yama.

1.4.7 Paramātmā alone is meant by ‘Param Mahat’ in scriptures, because it means biggest or the greatest of all.

Different words are used for Brahman

1.4.8 Words such as Chamas, Ajā, Mahat etc. have been used to mean different things at different places in the Upanishads.

1.4.9 The word Jyoti or light is also used for Brahman.

1.4.10 The word Ajā stands for Brahman as well as prakriti, because both do not take birth. It also means a goat. (Thus words are used to mean different things).

1.4.11 The word Madhu and jyoti are used for Brahman as well as honey and light also.

1.4.12 That in which five sets of five are established, that alone is regarded as Brahman.

1.4.14 Brahman is spoken of as the cause of all causes in all the Upanishads.

1.4.15 The visible world did not come from void or nothing, it came from Brahman, the Cosmic Energy Field that is invisible to human eyes.

1.4.16 Insentient prakriti cannot produce sentient beings, therefore, sentient Brahman is the cause of both sentient and insentient world.

Brahman is both the material and instrumental

1.4.18-20 Jaimini also agrees that Brahman is the cause of all, including prāna and jiva.

1.4.21-22 Teachers such as Audolomi and other sages say that the identity of jiva and Brahman comes to a realized soul before it departs from the body. Thus Brahman is the source of creation and dissolution.

1.4.23 Vedic scriptures such as Upanishad and the Gita also consider ParaBrahman as both the material and instrumental cause of creation, and not Pradhāna (translated as prakriti by Vedāntins) as proposed by Sāmkhya doctrine.

1.4.26 Brahman is called ‘self-made’ (Svayambhu in TaU 2.7.1). This also indicates that Brahman is both the material and instrumental cause of creation.

1.4.27 One entity (called Brahman)—that transformed Itself into all created beings (BG 7.07, 7.19)—is also agreed upon by modern scientist as well as the Upanishads.

1.4.28-29 Because Brahman is defined in the Vedas as the source (yoni) of all that exists. Thus, Brahman is the material cause of all, including the prakriti. Hereby all other theories of the cause of the universe are explained. 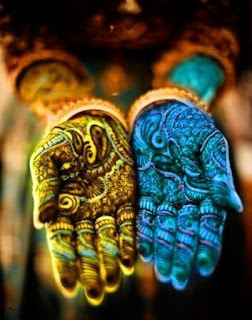