The great forces of cosmic nature are in essence incorporeal; when confined within the category of space or ether they produce in the macrocosm the phenomena of a finite universe; but essentially they transcend space, being the infinite powers of Absolute Being. Similarly in the microcosm the physical functions which cause the conceptions of individual existence as subject of empiric thought are really phases of the Absolute Consciousness, the objectless Subject, essentially transcending individual existence. 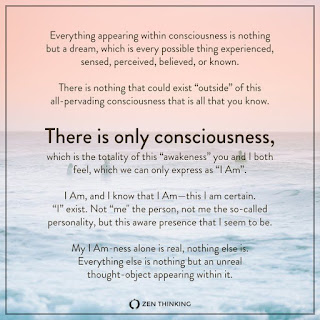