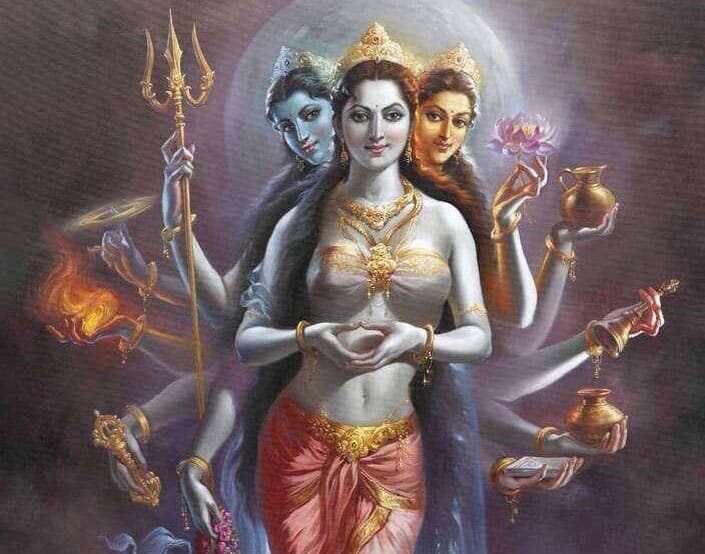 Followers of the Vedas worship her as param-brahman or the eternal spirit. Adi-shakti manifests in the male forms of Lord Brahma, Vishnu, and Shiva as their active force. According to tantra, she is the causative force which brings forth the universe. From the union of Purusha and Prakriti or Shiva and Shakti creation emerges; action results from positive and negative forces. At the root of creative force, we find Adi-shakti: Durga Devi, the universal mother. Research scholars agree that energy is the root factor of creation. By splitting the atom, modern scientists harnessed a force powerful enough to devastate the entire world in a couple of minutes. If such a vast force exists within an atom of uranium, then think what a limitless store of energy must be hidden within man, nature’s most evolved creation. If we are ever to know the great potential that lies beyond our faults and weaknesses, we must first purify our body and mind and then activate this latent force.