Nikhil Bhoyar wrote : The temple of Matangeshwar was built by the Chandela dynasty ruler Chandra Dev in the early 10th century AD. Lord Shiva is considered as the venerated sage Matang and hence the name Matangeswarar. It is one of the oldest temples of Madhya Pradesh.

This temple houses one of the largest Shiva lingams of India. The lingam is eight feet in height and is made up of sparkling yellow limestone . It has the distinction of being one of the largest lingams to be found in the northern part of the country. 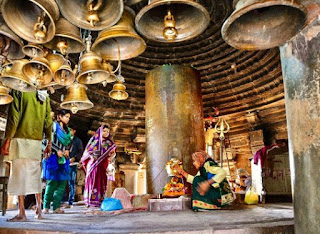