Vedanta is the most encompassing and open of the six orthodox systems of Hinduism and is considered the quintessence of Eastern thought and mysticism. An important part of modern intellectual Hinduism, Vedanta is often regarded as a truly universal religion and had many adherents in the West. At the center of Vedanta lie the texts of the Upanishads and the Bhagavad Gita. Beginning with the premise that man is a divine being whose greatest source of strength is his intuition, Vedanta seeks not merely the accumulation of knowledge, but rather the annihilation of all knowledge. Its goal is an unclouded inner world that will allow us to exist untroubled by the complexity of the outside world. For those interested in the concise and intelligent overview, as well as those who seek a better understanding of what is at the heart of Hinduism, Vedanta is a unique and thought-provoking guide. 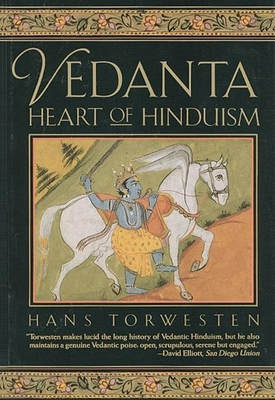