We now come to the Vedanta-sutras. When it comes to Vedanta, many commentaries on it revolve around the Brahman. The Brahman generally means the all-pervading, self-existent power. The word brahman is based on the root word brah, which means vastness, power or expansion. It also denotes the Supreme Being, as well as the atman, the living being, who, when freed from the body, becomes situated on the level of Brahman, or the spiritual nature. The concept of the Brahman was, for the most part, first elaborated in the Upanishads. Therein we begin to find descriptions from which our understanding of it grows. It is described as invisible, ungraspable, eternal, without qualities, and the imperishable source of all things. (Mundaka Upanishad 1.1.6-7) by stephen-knapp 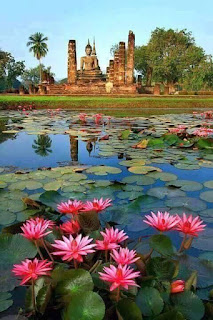