indiancontents wrote : The town Mayavaram is around 46km from Chidambaram. It is famous for an ancient Lord Shiva temple called Mayuranathar temple (Lord Shiva in Lingam form) As per records and inscriptions, it is believed that it was built in the period of medieval Cholas in 9th century.

This temple has a beautiful Nataraja Bronze statue with His Consort Parvathi called Sivagami Ammai in Tamil. I uploaded here a close up shot of this ancient Lord Nataraja bronze statue. The craftsmanship is really unbelievable. 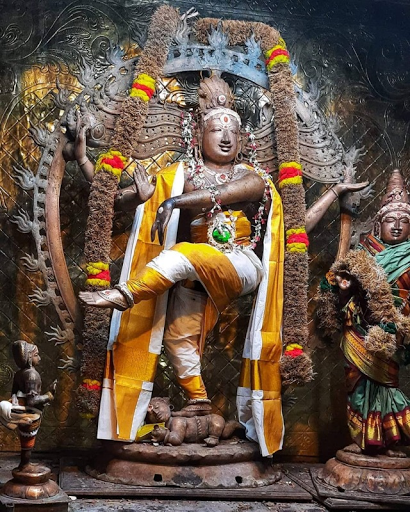