Freedom is not a commodity that can be purchased. It is a rare, hidden treasure guarded by a five-hooded serpent. Unless you tame this serpent, you cannot have access to this treasure. That treasure is spiritual wealth; that is freedom; that is bliss. The serpent is your mind. The five hoods are the five senses through which the mind-serpent hisses. Five Headed Cobra and The Bliss. Divinity is all about getting rid of the burdens that we carry, Freedom and the bliss will come when the cause of bondage is removed!

Sanatana Dharma, meaning “Eternal or Universal Righteousness” is the original name of what is now popularly called Hinduism. Sanatana Dharma comprises of spiritual laws which govern the human existence. Sanatana Dharma is to human life what natural laws are to the physical phenomena. Just as the phenomena of gravitation existed before it was discovered, the spiritual laws of life are eternal laws which existed before they were discovered by the ancient rishis (sages) for the present age during the Vedic period. Sanatana Dharma declares that something cannot come out of nothing and, therefore, the universe itself is the manifestation of the Divine being. 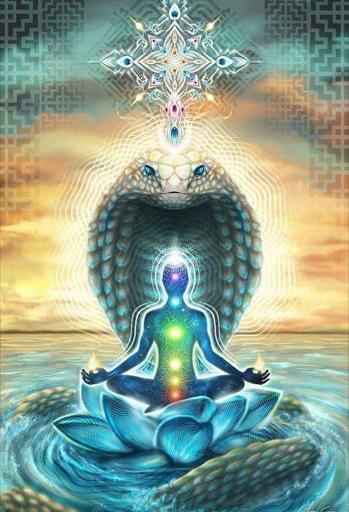