In the Srimad-Bhagavatam (1.2.11) the conception of the Absolute Truth is explained thus:

These three divine aspects can be explained by the example of the sun, which also has three different aspects, namely the sunshine, the sun’s surface and the sun planet itself. One who studies the sunshine only is the preliminary student. One who understands the sun’s surface is further advanced. And one who can enter into the sun planet is the highest. Ordinary students who are satisfied by simply understanding the sunshine—its universal pervasiveness and the glaring effulgence of its impersonal nature—may be compared to those who can realize only the Brahman feature of the Absolute Truth. The student who has advanced still further can know the sun disc, which is compared to knowledge of the Paramatma feature of the Absolute Truth. And the student who can enter into the heart of the sun planet is compared to those who realize the personal features of the Supreme Absolute Truth. Therefore, the bhaktas, or the transcendentalists who have realized the Bhagavan feature of the Absolute Truth, are the topmost transcendentalists, although all students who are engaged in the study of the Absolute Truth are engaged in the same subject matter. The sunshine, the sun disc and the inner affairs of the sun planet cannot be separated from one another, and yet the students of the three different phases are not in the same category. 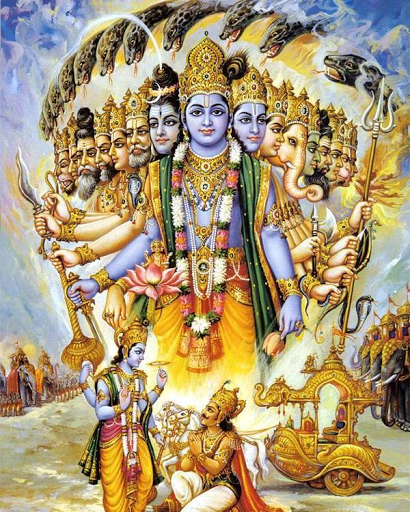