In effect, the Creator is a point of focused infinite consciousness expressing infinite intelligent energy. On focusing its infinite intelligence, the One Infinite Creator manifests intelligent energy which you could call the great central sun. It then divides itself into smaller portions of itself that can, in turn, experience themselves as creators or central suns, thus beginning the next step in the creational spiral. In other words, each central sun or creator is a step down in conscious awareness from the original "thought" of creation. 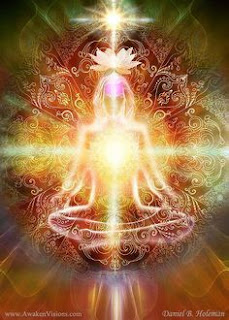