"Happiness exists in many forms, but true happiness doesn’t come from the four objects of craving: sex, power, fame, and wealth. The Buddha described a dog who, when thrown a bare bone, runs after it and chews on it even though there’s no meat on the bone. He doesn’t get any nutrition from the bone, yet he hangs on to it and won’t let go. Our attitude is just like that. Cravings can never bring satisfaction, yet we keep on running after them." 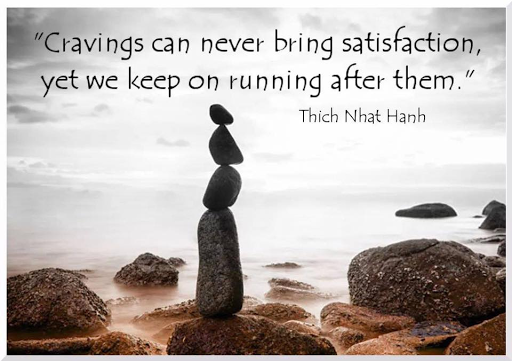