When one inwardly scrutinizes this root-thought ‘I’, the feeling ‘I am the body’, in order to find out from where (or from what) it rises, it will subside and disappear because, like the false snake which appears in a rope, it has no reality of its own and hence can appear to exist only when it is not keenly scrutinized. This vigilant inward scrutiny of the source of the thought ‘I’, alone is jnana-vichara, the enquiry which leads to true Self-knowledge.

The ‘rising-place’ denote the real Self, the existence-consciousness ‘I am’, which is the source from which the thought ‘I am this body’ rises, and do not denote any place limited by time and space, which are only thoughts which rise after the rising of this root-thought. 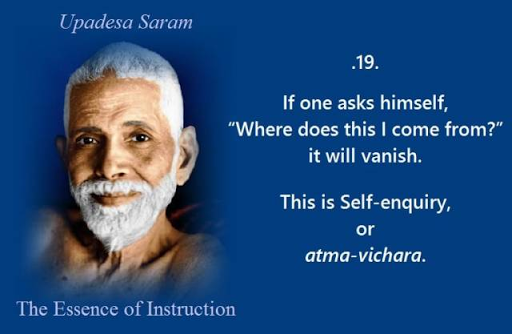