Tatvamasi is a term that is used in Hindu and yoga philosophy usually translated as “I am that” or “Thou art that.” The term comes from the Sanskrit, tat, meaning “that”; tvam, meaning “you”; and asi, meaning “you were.” The interpretation varies among the various yoga and Hindu traditions. Tatvamasi — sometimes spelled tat tvam asi — is one of the Great Utterances or Great Contemplations known as the Mahavakyas, which are found in the ancient Sanskrit texts of the Upanishads. 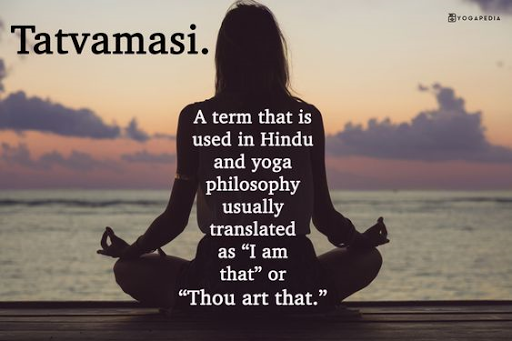