Vajrasattva (Tibetan: Dorje Sempa) is the archtype deity of ultimate purity persisting in Bodhisattva form. He is supplicated in the special yoga of repentance that employs his well-known hundred syllable mantra. The vajra held before his heart in his right hand and the bell in his left symbolize compassion and wisdom. He is shown here with his consort who hold a skull cup, symbolizing spiritual powers and a “driguk” knife which slices through the illusion of duality. This thangka depicts Vajrasattva with his consort, Vajratopa (Dorje Nyema) who is unclad. 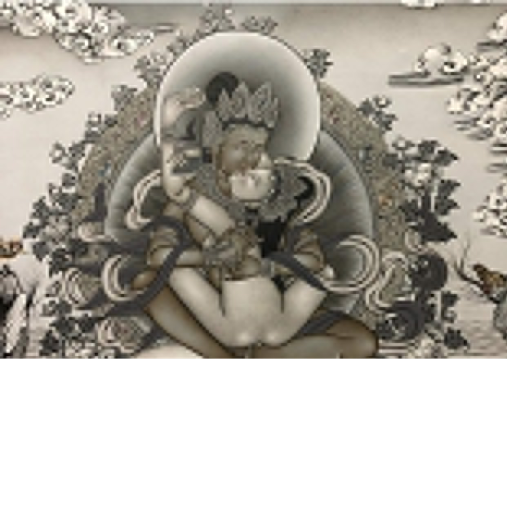