excerpts from; The Moksha Gita by Swami Sivananda

The Ultimate Reality is the support for the world even as the Sun is the support for the mirage. The world is the dazzling of Eternal Consciousness. The nihilists are wrong in saying that nothing exists at all. The world-phenomenon cannot be based on Nothing-less or Emptiness. An appearance demands a Reality as its corollary. The world is an expression of Brahman through Maya even as the body is an expression of Atman through mind. The Prana, the mind and the senses are the operative organs of the active self which is agitated by the Vikshepa-Shakti or the distracting power of Maya. The Brihadaranyaka Upanishad says that the one Brahman alone puts on all names, forms and does all actions in its own Being. Thus the whole universe is to be understood as a sport of the one Absolute which seems to play in Itself by revealing Itself in multifarious forms. 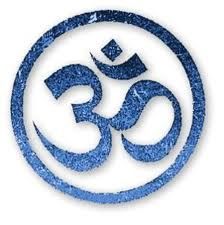