The human brain is already designed for a supersensory performance in the same way that the brain of an infant is already fashioned at birth for its performance during this whole life. A research into the kundalini experience would prove that human beings can reach a state of cosmic awareness in which the highest secrets of life and existence can be intuitively learnt. It would prove that nature has already provided a safeguard against the abuse of power in this age of highly advanced technology and science. Knowledge of kundalini will tend to a recurrent crop of spiritual geniuses to handle the affairs of mankind.
Kundalini provides the only avenue for a bloodless revolution in all spreres of human activity and thought, to bring about those healthy social and political changes all over the earth which are absolutely necessary now to provide a congenial millieu for the collective evolutionary progress of mankind. Kundalini alone can officiate as the divine harbinger of a New Age and the architect of a war-free united world in which the resources now wasted on mutual agression, violence and bloodshed would be utilized for the uplift of the weak and poor. 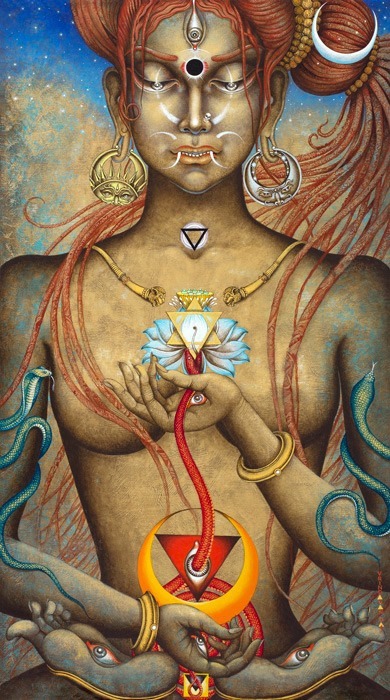